BLOCKCHAIN SMART CONTRACTS: IS IT THE FUTURE? 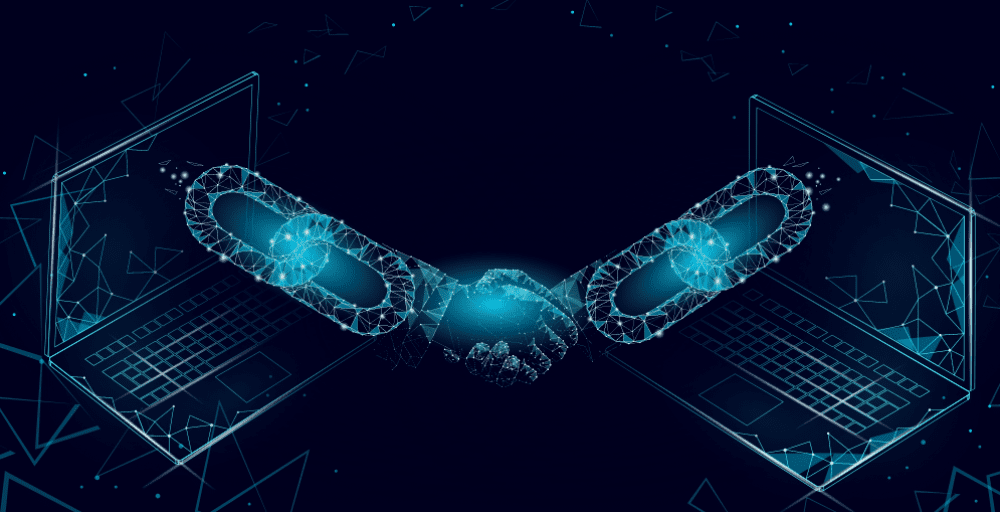 A “contract” is a written or spoken agreement, especially one concerning employment, sales, or tenancy, that is intended to be enforceable by law.
The above definition of contract holds true when two or more parties are involved in a value exchange based on some pre-agreed conditions. From ordering our morning coffee to making home mortgage payments, from insurance policies to international remittances – all of these involve a written or spoken agreement and the contract holds the parties to a legally-binding agreement. In traditional legacy businesses like insurance, manufacturing, real estate a high-cost factor is added to the transaction or value exchange. This cost factor can be majorly attributed to outdated business practices of verifying the pre-agreed conditions through middlemen and intermediaries, fulfilling which the exchange will complete. Checking of legalities of ownership while purchase of real estate, insurance claim process and payment disbursement are a couple of examples of traditional contracts. Blockchain-based smart contracts solution could help eliminate these archaic processes by automating a conventional, manual process. This solution could also be utilized to meet the requisite regulatory compliances.

What are smart contracts?

Smart contracts are a self-executable computer program code that will execute the contract when the pre-defined conditions are fulfilled. It is a contract that is coded into computer algorithms, where the terms and conditions of the contract are written in a series of ‘if and then’ code functions. When the stakeholders involved in the contract fulfill the pre-defined terms of business, the smart contract will initiate itself to execute the transaction. Smart contracts will ensure that there is a software-ensured digital guarantee that no one involved is able to undermine the contract through bad actions. The outcomes of the smart contracts will live forever on the distributed blockchain. Participants will engage in smart contracts exclusively on the distributed network. This will guarantee all details of a contract are digitally recorded securely and reliably. With smart contracts incorporation, business transactions can be efficiently completed without the delay caused by regulatory bodies and middleman to verify the business terms and conditions.

Crowdfunding has become an egalitarian, distributed way to fund the seed capital for many startup projects. The seed capital is contributed usually in smaller amounts by a large number of people, to build the project to completion. They become investors for a product that excites them. If the project is able to raise the complete fund then they go-ahead to building the product or finish the project the money was intended for. But, if the crowdfunding project does not get fully funded, then the money raised has to go back to its contributors or financial bankers. Within the crowdfunding context, there is an agreement in place much like a contract. If a crowdfunded project doesn’t raise enough funding then the money has to go back to the backers. And if the project raises enough funding then they go-ahead to complete the project. Smart contracts can be created to represent crowdfunding campaigns with transparency and security of knowing that if the specific conditions of the contract are not met then the money will be returned. After a pre-set amount of time has passed then, the smart contract could be programmed to execute itself automatically, if sufficient funding is raised then the money will be transferred to the project creators. And If, enough funding is not raised then also the smart contract can execute itself to return the funds back to the individual contributors. In both of these scenarios, the contract is affected by the passage of time (limited time fundraising campaign) and the actions of others (sending value).

Smart contracts programmed into the distributed blockchain network will become an effective digital way to model & execute the real-world contracts. Contracts and agreements are usually implemented for value exchanges and they shape our financial world. Smart contracts will not only be an unbiased format for executing the contract without the intervention of intermediaries. When the data is recorded on the secure distributed blockchain network, it will improve visibility to the participants and stakeholders involved. This enhances the trust between all within the network. Blockchain developers will be able to engineer such smart contracts on the blockchain network. EMURGO Academy offers blockchain certification courses by Blockchain practitioners themselves. We are a Global Blockchain Learning Solutions entity of EMURGO Global established in Jan 2019 to focus on incubation, training and evangelizing Blockchain to foster deep fundamental understanding of blockchain technology and thus establish an education program to drive practical usage of blockchain technology around the globe. EMURGO Academy will skill students, working professionals, industries & institutions to create blockchain experts, drive the adoption of the blockchain ecosystem globally and bridge the gap in demand for skilled Blockchain full-stack developers. Follow EMURGO Academy on Social Media