HOW CAN BLOCKCHAIN HELP WITH DATA SECURITY? 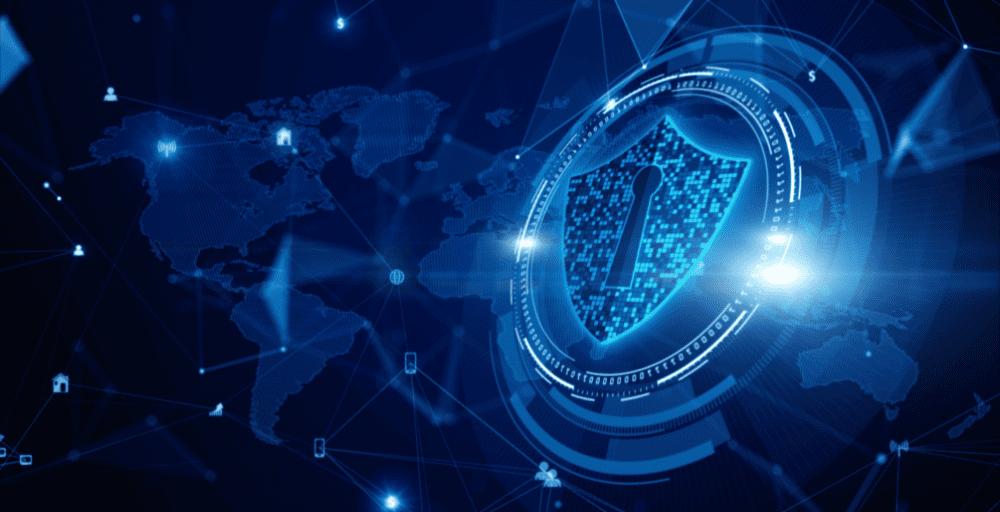 When the hype around a technology reaches a fever pitch, it’s advantages and weaknesses get distorted. But in the case of Blockchain, the advantages it brings to data security and maintaining its integrity is not a myth at all.

Blockchain has been considered as a positive disruptor in the field of finances. The technology has transformed the way assets and financial transactions are carried out. Globally, the Blockchain technology market is estimated to be worth $24 billion by the end of 2024. This fact further showcases the extent of transformation brought to the financial and ledger businesses. The potential of Blockchain is increased due to its inherent benefits of presenting transparency in transactions, the immutability of the data stored within it, and reduced costs.

But the threat to cybersecurity of the financial systems is increasing day by day.

How can Blockchain help in tackling this issue?

Can it present a unique solution to protect sensitive information and maintain the integrity of data while being transparent?

Blockchain may not be a panacea to every problem in the world today, but it sure can help in protecting private and confidential data from being tampered by hackers and cybercriminals.

Cybercriminals use elaborate phishing techniques to get employees to chew their baits and compromise their organization’s security systems. They exploit gullible people by enticing them with links that download malware into the system.

By replicating interfaces to fool people to enter secure passwords and usernames, which is used to siphon off money from their accounts.

Targeting low security based web portals and hacking them to steal crucial data from the portal’s backend.

All these situations are plausible as data is mainly secured in a central location, which becomes a singular point of failure for the organization. Hackers need only one point of entry to completely tamper with the system.

And with many financial institutions working together, their networks are interconnected at some level. As such, giving way for hackers to do more harm.

Blockchain presents 4 different aspects of protecting the integrity of the data.

In the current climate where there is a constant threat to privacy and users are not able to completely restrict the usage of their personal info for advertising and marketing purposes, Blockchain gives more power to the users. They become active participants to withhold or exchange information within the network. They become stakeholders.

This can have a huge impact on the management, production, and delivery of goods and services. And could regulate the way organizations will handle sensitive data of all those who engage with them.

Blockchain’s proliferation and widespread experimentation with research are owed mostly to its promise of maintaining high-level data security and as a way to keep hackers and cybercriminals at bay.