HOW CAN BLOCKCHAIN HELP WITH DATA SECURITY? A DEEP DIVE 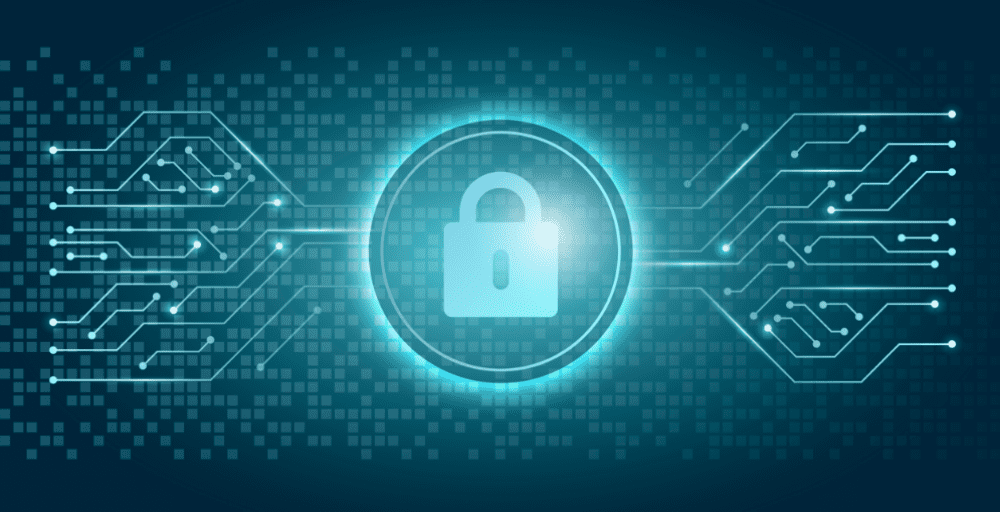 In our previous blog, “How can Blockchain help with Data security?” we have delved into the various aspects of blockchain for cybersecurity. We have enumerated the following points and discussed in brief

In this blog, we are taking a deep dive into the arena of blockchain for cybersecurity by understanding the fundamentals of cybersecurity, the building blocks of blockchain that contribute to the protection of data, and thwart possible hacker entry points, the means of integrating blockchain within the existing system to create a layer of trust and strengthen the digitized systems from inside.

Understanding Cybersecurity and its challenges.

Data that is highly sensitive and personal is exchanged constantly with the cloud. These data are liable to attack even after a certain level of perimeter security. This is due to its singular point of failure through cloud storage. The current digital age is trying to integrate various technology systems seamlessly to help humans receive information of any sort in a single click.

Hackers and cybercriminals are forever trying to bring people to their feet by disrupting systems that provide vital services. From stealing banking data to personnel info on the social media platform to compromised e-commerce sites, cyber threats are prevalent.

Cybersecurity to protect the data needs to evolve with the technology. There is a continuous cops-and-robber game where the stakes are increased every time. No single method to secure data will be relevant forever, technology adoption should go hand in hand in creating a layer of security for the data handled.

How does Blockchain provide the much needed ‘security’ layer to current technologies?

Cybersecurity relies on the three main principles called the CIA triad – Confidentiality, Integrity, and Availability. It is a baseline for evaluating and implementing security irrespective of the underlying system and/or organization.

Confidentiality: Ensuring that only authorized persons are able to access the information or data. User IDs, Passwords, Access control lists (ACL) and other policies for security ways to achieve confidentiality. Blockchain’s distributed network removes the central authority and gives the onus of authorization to all stakeholders involved. By removing central authority, a single point of failure is mitigated and all the systems in the distributed network need to be compromised for the system to go down.

Integrity: It assures that the data can be trusted. Its content remains unchanged unless authorized to change. Integrity ensures that the data is handled only by authorized persons. In Blockchain, the data blocks are encrypted after validation. The blocks are also created with hashing algorithms – the digital fingerprint of the contents of the previous block, rendering modification impossible – enabling “immutability”. This enables traceability and provides data provenance. Data encryption is done with best-in-class cryptography technology, and the information could only be accessed via the cryptographic keys.

Blockchain takes care of the CIA of cybersecurity. It may not be the silver bullet to stopping cyberthreats perennially but for the current technologies like Artificial Intelligence, Internet of Things (IoT) and other data sciences, Blockchain provides a security layer that will enhance other technology and drive widespread adoption. Blockchain’s synergy with AI and ML could also pave the way to an adaptive security system.

Business use cases for integrating blockchain with IoT are being studied and their testnets are being developed. The issues of IoT devices mainly arise due to the nature of data sharing and data exchanges between the devices and cloud storage. Building IoT on a blockchain platform secures the data, maintains its integrity and provides quick availability. Personal and sensitive data can now be stored in a blockchain-based secure system.

Major threats to data security are data leakage and Identity theft is the largest threat. Individuals with Blockchain-based Self-Sovereign ID can store their data to their devices and provide it for verification and transactions without the need to rely upon a central repository of data. With self-sovereign identity, users have complete control over how their personal information is kept and used. This makes it difficult for hackers to gain access to billions of identities.

Blockchain can be the latest answer to cyber threats, it will not remain so forever. Quantum computing will overpower this soon. But until that becomes a reality, blockchain is the best solution to securing data.

EMURGO Academy offers blockchain certification courses by Blockchain practitioners themselves. We are a Global Blockchain Learning Solutions entity of EMURGO Global established in Jan 2019 to focus on incubation, Training and evangelizing Blockchain to foster deep fundamental understanding of blockchain technology and thus establish an

education program to drive practical usage of blockchain technology around the globe.